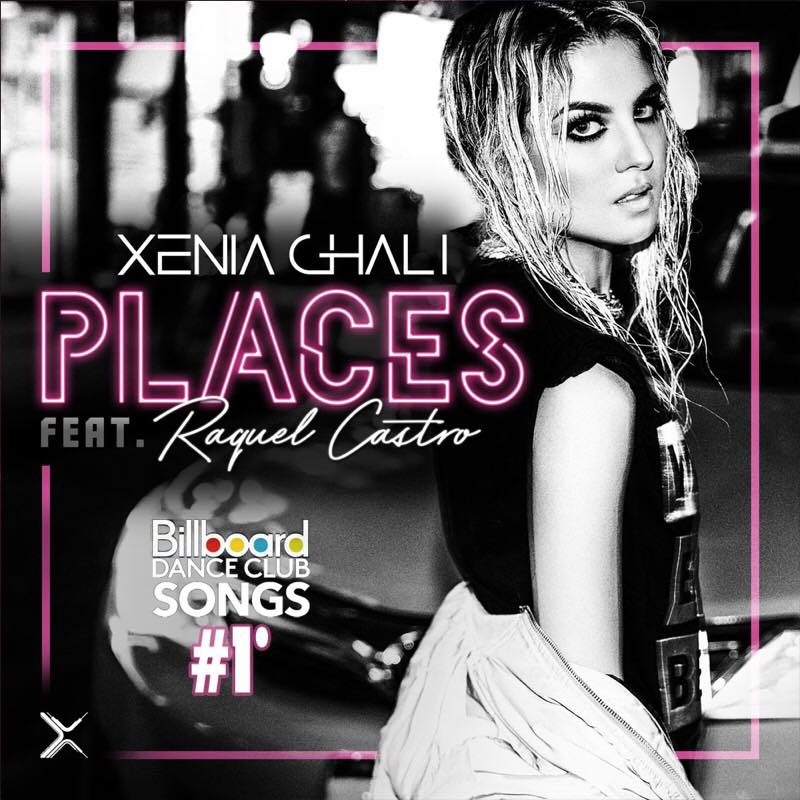 Xenia Ghali is a DJ/producer who clearly places a high value on artistry, opting for quality over quantity when it comes to releasing music, taking her time to craft songs that leave a lasting impression on their audience. It is a plan that has clearly worked, as Xenia secures her second Billboard Dance Club Songs #1 in a row with her latest track ‘Places’.

Xenia’s substantial skills are on show once again with ‘Places’, which takes a more UK approach to previous single ‘Under These Lights’, showcasing Xenia’s diversity and the influences picked up during her time in the country. The vocal, provided by Raquel Castro (former contestant on the US Voice and actress, appearing in Empire & Jersey Girls), is instantly memorable and can relate to everyone, something Xenia was aiming for with ‘Places’, a message open to interpretation by the listener. The deep-house inspired bassline and expertly chopped vocals give the track extra appeal on the dancefloor, solidifying Xenia’s position as a DJ as well as a producer or radio-friendly anthems, and the track’s #1 position suggests it is a killer combo for Xenia.

Xenia grew up in Greece before relocating to the UK to study for a degree in Music Composition, film scoring and Production, and undertaking a Masters in the same subject in New York. Xenia’s unwavering drive and attention to detail are an example to many producers looking to break through, and Xenia continues to be a role model to female DJ’s around the world looking to breaking into the industry. Xenia recently performed the track on Fox 5 NY’s ‘Good Morning New York’, an indication that the world is sitting up and taking notice of Xenia’s unique sound. Add to that a live keyboard performance of Faithless’ timeless classic ‘Insomnia’ alongside one of Greece’s biggest popstars Giorgos Mazonakis at the the latest edition of the Madwalk fashion show, and it is clear Xenia is carving herself a large platform to perform. By placing at #1 in the chart, Xenia joins names such as Dimitri Vegas & Like Mike, The Chainsmokers, Katy Perry, Sigma & Alan Walker to have recently hit the top spot, and by replicating the feat a second time, Xenia confirms that she deserves to keep such great company.