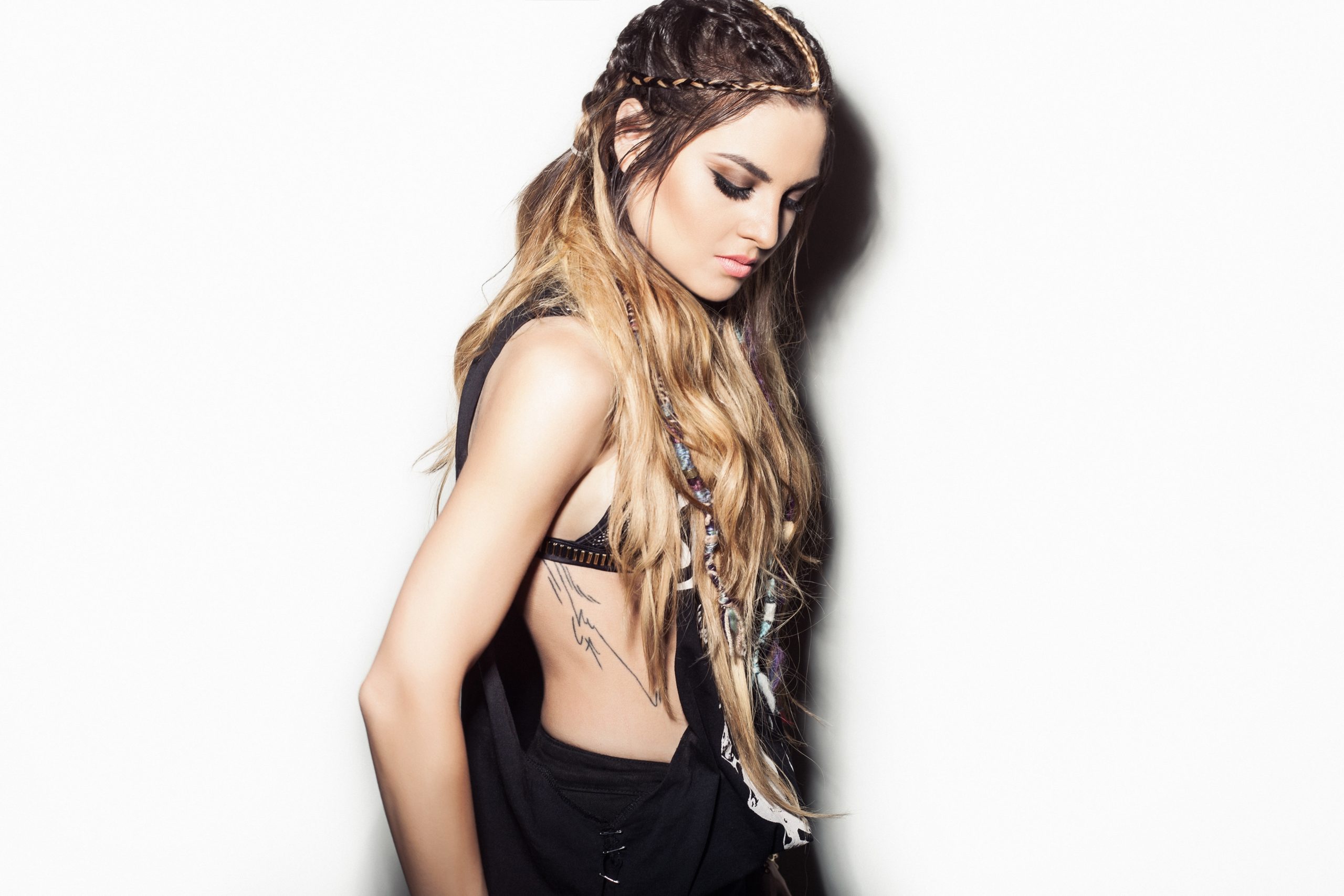 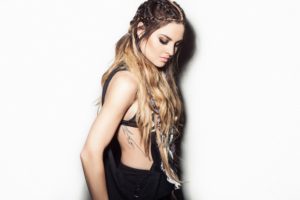 Before asking you about your present and future, our readers would like to know something about your past – the very beginning of your involvement in the electronic scene, what made you want to get involved?

I have been classically trained on the piano and flute since I was approximately 5 years old. When I was 15 I went through a huge rock phase and taught myself the guitar and drums. I formed a high school rock band in which I played lead guitar, and took my first steps into songwriting. That was when I realised that I had a huge passion for creating music. After I graduated high school, I went on to receive my Bachelor’s in Music Composition and Production in the UK. During my time there, I began going to a lot of House music parties and became infatuated by the whole scene. I invested in buying a couple of second hand Technics 1210 turntables and 5 vinyl House records and taught myself how to spin. One thing led to another and I began performing at local clubs until eventually I was doing shows at the Ministry of Sound in London. While doing shows, I began producing a lot of House and Electronic Dance Music as well. After I graduated from the UK, I received a Master’s in Music Composition, Production and Film Scoring from NYU and simultaneously started to professionally produce and DJ both in the States and in Europe.

If you had to choose one or two artist that have influenced you, who would you choose? And, outside of the electronic music industry?

That’s a very tough question! I have been influenced by a very wide range of music from Classical to House. If I had to pick some of my favorites, I would say Fatboy Slim and Moby on the electronic side and Stevie Wonder and Simon and Garfunkel outside of electronic music.

You were born in Paris and you grew up Athens and Mykonos, one of the island where electronic parties take place during the summer, but you are living in New York. Why did you move to USA? Would you like to go back home?

I was actually born in Paris! I grew up in Athens and during the summer I spent my time in Mykonos. I moved to US because I have always been infatuated by the scene in New York and America. There is an incredible energy to New York, things are very fast and very exciting here! There’s also a plethora of talent and opportunities.

I go back to Greece for work quite often and especially during summer for my tour!

We discovered that you are also involved in the fashion world. Tell us a little about it, is it easy to combine music and fashion?

Yes I love fashion! I feel like for me music and fashion go hand in hand. Both are art and a form of expression.

You also have your own label, Funky Sheep Records. Why did you decide to create it? What plans do you have for the label?

I created it because eventually I would like to grow it to a point where I can sign, develop and support other artists, producers and DJs who looking for help to showcase their talents. I know how difficult it is to try to cut through in such a competitive and difficult industry alone. As such, I really want to try to help others and build a label that supports good music and talented individuals.

On 1st March, you released your last single “Under These Lights” through Funky Sheep Records (Beatport / iTunes). What can you tell us about it?

I am very excited about “Under These Lights”! It is currently number 7 on the Billboard Dance Club Charts and has already been picked up in the US and overseas. It is the first big release I have had with my label “Funky Sheep Records” and it’s a project I worked extremely hard on. What is most important to me is the amount of love and support I am receiving for the track! I am receiving fantastic feedback from fans and members of the industry.

“Under These Lights” is a vocal House/EDM record but really what is more significant is the song’s meaning. The world is in a very negative place at the moment. There is a lot of hate, anger, racism, discrimination and aggression. “Under These Lights” is about the importance of unity and love amongst all of us. It depicts a very optimistic and euphoric message, one of which I feel the world is missing right now.

I worked on “Under These Lights” when I was in New York and then finished it off when I was in Greece. I wanted to produce a track that was very musical, very melodic, passionate but also very driving and energetic. When I was producing the “drop” I really wanted to have something that felt good and familiar but not similar to anything that is out right now.

Getting that lead sound and the melodic hook in the drop was really what was most challenging for me. The lead is actually a synth I built from my own voice. Speaking of vocals, a lot of people ask me who the two vocalists are. It’s actually one vocalist! I processed the vocal in the ‘chorus’ with various plug-ins and effects (including a throat stretching algorithm) to make it sound higher in pitch. In this way, I wanted to create an effect where you can’t tell if the person singing the chorus is male or female.

When will we be hearing new music from you? Are you preparing something new in the studio?

I am buried in the studio every day making new music for future release, so you will hear something soon!

Regarding your performances, where are you going to be this summer? Are you visiting Spain?

I will be touring in Greece primarily with a few shows in Cyprus and Romania too. I hope to be visiting Spain as well! I will definitely keep you updated!

Coming to the end, which moments have been the most important for your career so far? How far do you want to go?

As cliché as this may sound, every moment in my career has been important. I have had many failures and many successes. Each moment has taught me more, given me more experience and has enabled me to continue growing as an artist, producer and DJ. I will keep doing what I do till I see how far I can get!

Last but not least, tell us about a particular memorable/funny story (anecdote) you have about your career, performing and/or travelling around the world.

I was travelling from Greece to Las Vegas for a show a few months ago and when I got the Las Vegas (after three flights) I was informed that the airline lost my suitcase! I arrived at night so all the stores were closed and I decided to go to the mall the next morning to pick up some emergency clothing and make up for the show in case my bag hadn’t arrived by then. In the meantime however, that night I had nothing with me! I went to the 24/7 Walgreens to buy the vital things I needed, which also included underwear! After looking through the entire store, the only underwear I could find was the very large white granny style underwear! To this day, my team sometimes calls me ‘granny pants’!